Attendance Protocol for meetings until otherwise notified:
Masks are required during meeting
Attendance limited to first 60 to arrive
No coffee, no tea, no snacks, water provided
$10 donation at the door 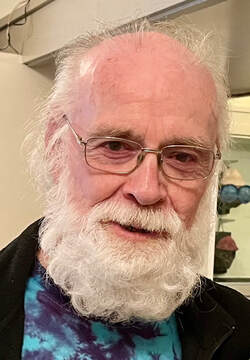 
Paul meets "the Greeter."
It is said that everything is interconnected, that there are no accidents, and that if it appears that approaching disaster could interfere with our Life Plan, then that approaching disaster will be stopped by Higher Worlds.
That’s what happened to Paul Carr. Join us as Paul shares how his life was saved twice by a loving voice that prevented him from dying when he was not supposed to.  Paul met the Being behind that voice, which he calls the "Greeter," seventeen years later during his near-death experience, when Paul was offered the option of leaving this Earth plane through death or returning to raise his son.
The temptations to leave were immense, but Paul will explain how his life has benefited by choosing to live and how his life has become more spiritually based, guided by simple truths he’s learned, and how we can do the same.  ​
​Please Donate to Seattle IANDS
Episode 1 on Near-Death Experiences features Seattle IANDS. We feel that our group was well-presented in that episode and encourage people to watch it for an introduction to our organization.  We have also had  inquiries about the phenomena covered in the other episodes of the series. Seattle IANDS is not affiliated with any of the people featured in those episodes and had no input regarding the content of the other episodes

Disclaimer:  Seattle IANDS does not provide psychotherapy, counseling, or any other psychological or medical treatment nor does it provide referrals to such services.

All contents are under copyright by Seattle IANDS. 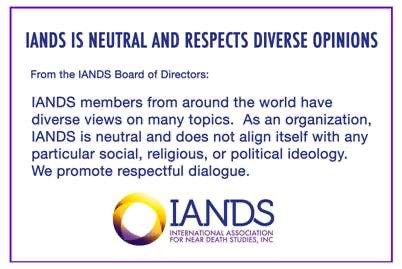